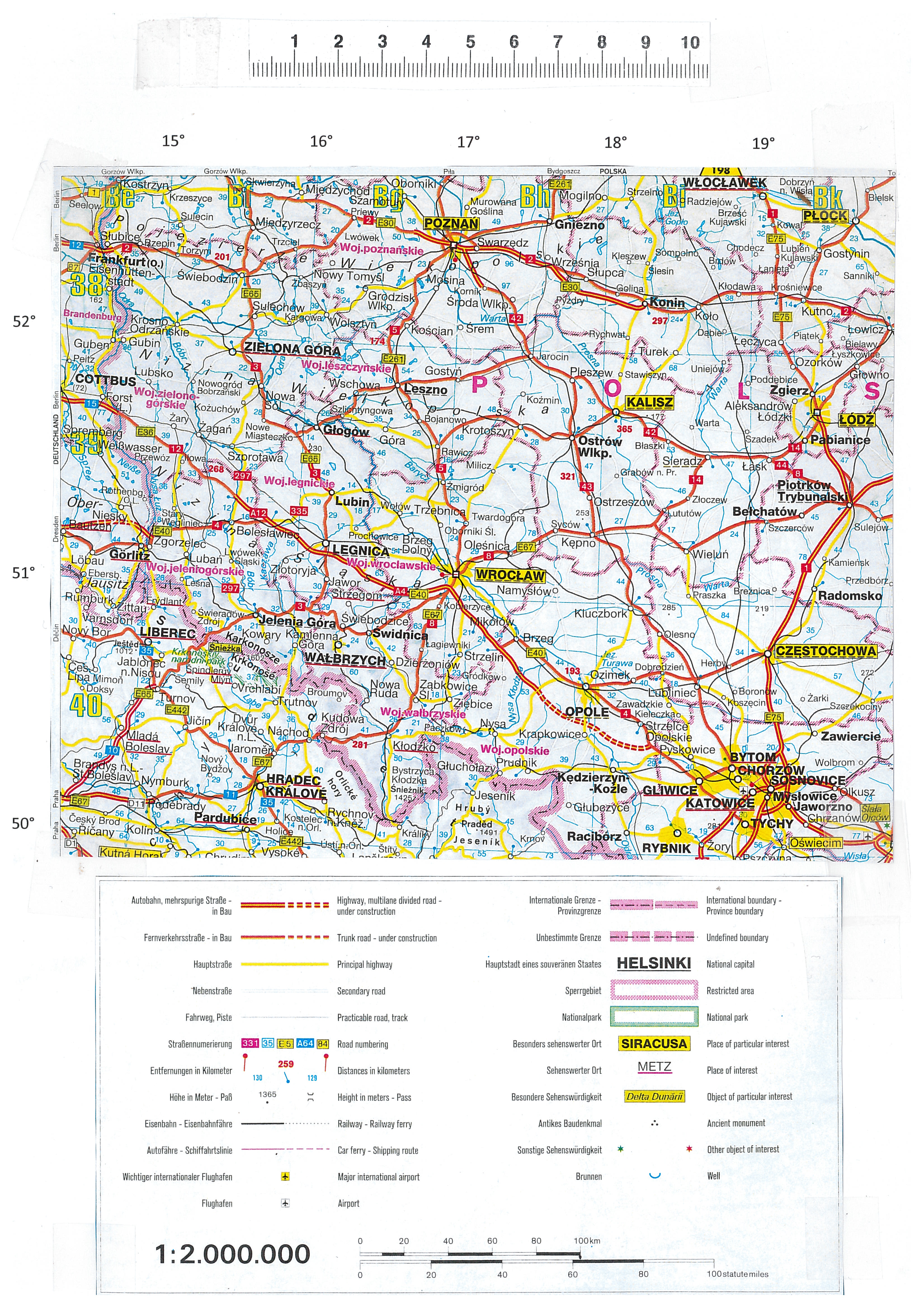 On this road map one finds Legnica (Liegnitz) so about in the middle, and to the right Wroclaw (Breslau).

It is a German map and gives the names in Poland in Polish.

Right at the left something of Germany is seen: The cities of Frankfurt (o.) and Cottbus and Görlitz, for example.

The area is also not far from Berlin; three roads are given at the top left as leading to Berlin and a third one to Dresden.

Legnica is on the road from Cottbus to Wroclaw (Breslau) and then further to Katowice (Kattowitz) and Krakow (Krakau).