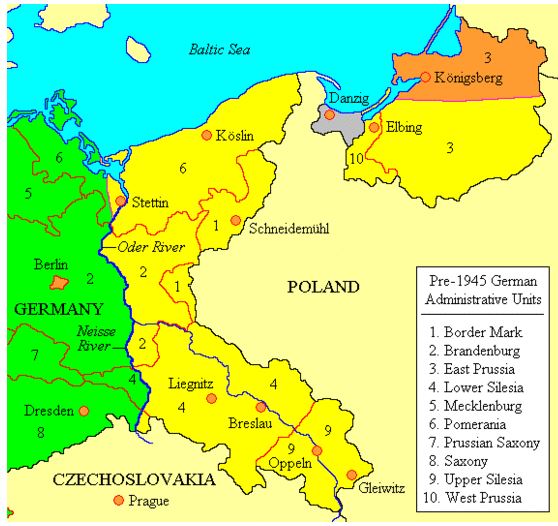 Germany is the green area. The yellow areas and the purple area are now parts of Poland and the red-brown area belongs to Russia; it is an enclave of Russia, Königsberg.

The border between Germany and Poland is, at the time of the drawing up of the map, the Oder Neisse Line.

The yellow areas and the purple and the red-brown area were parts of Germany, the land Prussia. Also the green areas belonged to Prussia, except Saxony and a part of Mecklenburg.

Now follows a map, which shows Liegnitz in its direct surroundings: